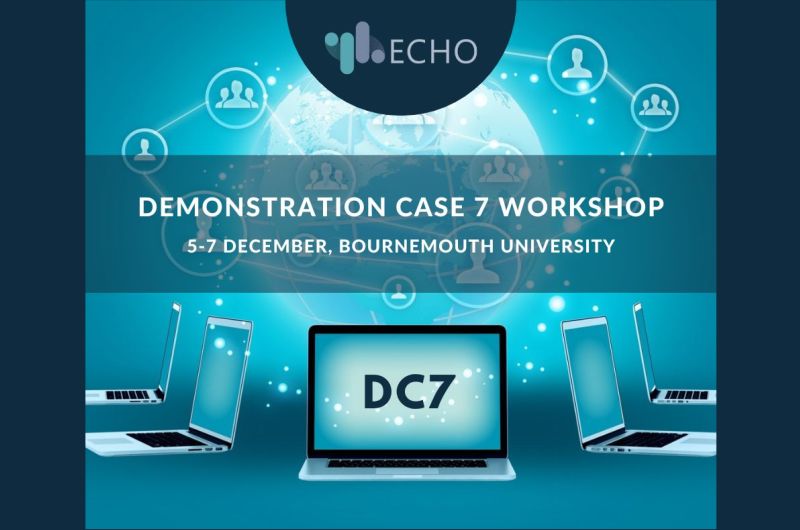 In the past months, ECHO asset owners have presented a number of deliverables to the project followers. Cybersecurity software tool prototypes were introduced through demonstration cases, in several workshops and videos.

As the project will close soon, the ECHO team decided to add a final demonstration, called Demonstration Case 7 (DC7) that aims to create a single, unified scenario presenting all the ECHO assets. This integration is something that can happen within reason; assuming that the asset can be involved in this scenario.

The discussion during the event will include the following ECHO assets:

In essence, DC7 is the culmination of all the previous Demonstration Cases and needs to build on top of the existing capacity and value of the previous DCs.

DC7 Workshop will take place during 5-7 December 2022 and will be hosted by Bournemouth University (BU).

What will happen in DC7?

During the first day of the event, the Human Factors Students of BU will conduct the following:

During the second day of the event, the Business Development Students of BU will conduct the following:

The third day will include a live exercise that will demonstrate the assets. During that exercise, some members of the Consortium will act as moderators, assisting the teams during the exercise in Incident Response.

Any cookies that may not be particularly necessary for the website to function and is used specifically to collect user personal data via analytics, ads, other embedded contents are termed as non-necessary cookies. It is mandatory to procure user consent prior to running these cookies on your website.